CHIANG MAI - MARCH 2, 2006: A young elephant tries to get its mother's attention at Elephant Nature Park in Northern Thailand. Females usually have one calf after a pregnancy of 18-22 months and give birth every three to four years. The calves weigh about 200 pounds (100kg) at birth. Asian elephants - strong, social, and intelligent - have been trained for thousands of years for use in transportation, labor, and ritual. In Thailand, Elephants are of immense cultural importance, but their numbers are shockingly plummeting. In 1905, there were over 100,000 elephants in this land - now they are estimated at less than 5,000 - of which barely half are in the wild. (Photo by Logan Mock-Bunting) 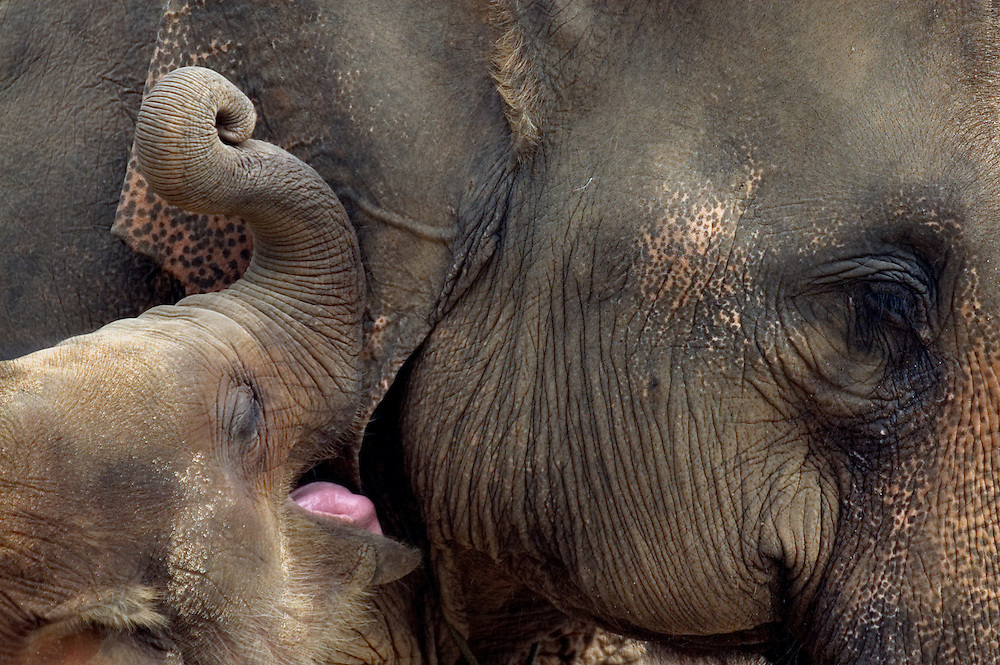